We Buy Fairyland Lustre Vases From Sellers Across The World 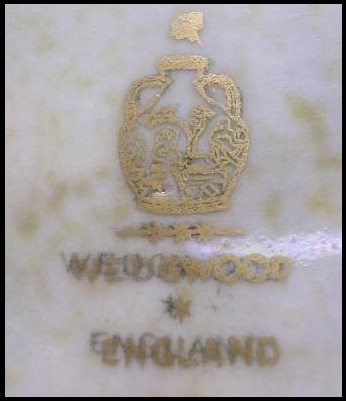 The shadow effect on this Wedgwood fairyland lustre mark is a result of there being two different printings of the mark on the vase. The mark is printed once, usually in black, in underglaze. Then a gold overglaze stamp was added on top of it. The two handled vase is known as the Portland vase; it is not exclusive to the Wedgwood fairyland line. The mark shown above is the earlier of two versions of this mark. Later marks have “Made In England” not just England.